Sanjeev Kumar, CTO, Pine Labs: How Pine Labs Evolved With Time to Stay Ahead Of The Curve

Championing Change: How Pine Labs evolved with time to stay ahead of the curve

Established in 1998, Pine Labs is today a thriving ecosystem of over 150,000 merchants.

It gives me a great pleasure to share my thoughts through this blog and talk about the exciting tech journey of Pine Labs since its inception year in 1998. To put it simply, we are a deep tech company where we want to create an abstraction that our merchant partners understand and find it easier to use. We believe in building tech that is in tune with the times and developed keeping the end user in mind.

At Pine Labs, we have always stayed ahead of the curve and disrupted the status quo through tech-enabled innovations.

In our initial years, we entered into a strategic alliance with Bharat Petroleum Corporation Ltd. (BPCL) to launch an offline mode of payment in which the transactions were happening through an offline card. On similar lines, we launched a product for Indian Oil Corporation Ltd. (IOCL) also in 2003 called Xtra Power and introduced our first retail automation solution in early 2000s.

During this period, we also came out with the second-generation FCC (Forecourt Controller) which had a centralized console. The FCC helped in better command and control for the gas stations. It ensured the control over qualtiy and quantity of fuel delivered. It further enhanced the gas station's operational efficiency and provided better fraud control.

We then started developing our Plutus application for Windows platform and in late mid-2000s, we came out with another variant of it called Plutus Hub, a central hub from where POS (Point of Sale) connected using web APIs for card payment transaction authorization.

At Pine Labs, we have always evolved with times and stayed on top of new and emerging technologies to reinvent ourselves and deliver the best to our customers. The 2010s period saw the focus coming back to Plutus that required us to reorient Windows thick client application, Plutus Hub and bring something new. Since there was a mandate for both EMV and PIN compliance, we decided to build something that showcased our agility as a fintech company. We developed an in-house language called Pine Virtual Machine (PVM). It is a scripting language which could be understood easily by Pine Labs thin client on terminals like Ingenico somewhere around the middle of this decade and then later for Verifone, Pax, Landi, Tetra, etc.

What followed next was EMV migration across India and subsequently Terminal Line Encryption (TLE) which was again got implemented pan India. We also brought the entire key management on the middleware and this ensured that all the terminals had the keys loaded securely. During the same period, we had Brand EMI integration with banks and brands starting first with Samsung as the brand partner.

The late 2010s also saw our team implementing remote key injection (RKI) and it meant that one need not have to bring the terminal to our key injection facility and key injection could happen remotely.

We brought Android terminals and our category-focused apps into the picture e.g. Master home app, Catalog app, Payment app, etc. This Android ecosystem is highly powerful/secure yet open to developers to think of building apps on their own without worrying about the payment part. They can simply make Open API calls and integrate payment at their checkout screen/page.

Bharat QR and UPI too were the game changers during this period.

In addition to redefining the Payments landscape, we have also built several merchant-focused products by leveraging the technical prowess of our team.

Some of our innovative tech-enabled offerings have also seen the light of the day in the current decade. At the start of this decade, we launched the myPlutus app which has already hit over 100,000 installs on the Google Play Store. What followed next were our Loyalty and Gifting products, followed by Pine Labs Capital. In the recent years we have seen another industry-first where we enabled debit card EMIs on offline transactions which is a thriving business for us today, thanks to the strategic partnerships that we have forged with leading public and private sector banks in the country. An impressive addition to our portfolio of products is the launch of an all-in-one Android-based smart POS device for merchants and the launch of the developer-focused portal developer.pinelabs.com where our open APIs are helping create innovative fintech products. Here's an award that we have received today for being the Change Agents 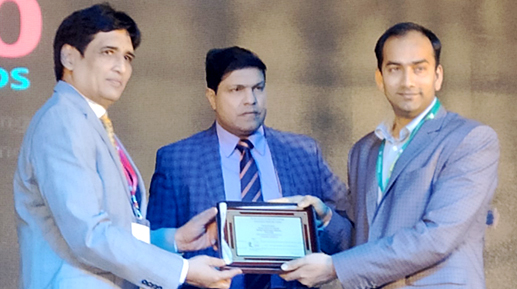 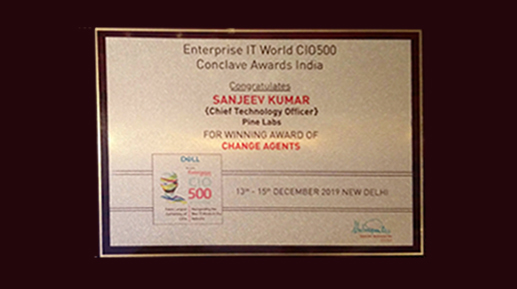