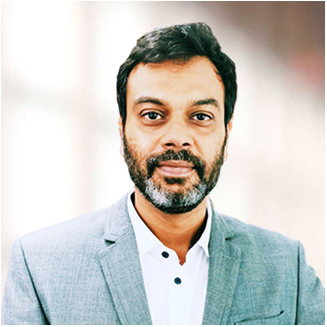 Nitish Asthana has over 22 years of experience in senior executive roles across payments, fintech, insurance and banking with large multinationals.

Nitish last served as Managing Director- India & Sri Lanka at First Data Corporation and Fiserv Inc (FDC merged with Fiserv Inc in July 2019), where he led businesses across merchant payments/acquiring, cards issuing processing and banking technology. He was instrumental in building ICICI Merchant Services (a Fiserv JV with ICICI Bank) to a market-leading franchise in revenue growth, profitability and scale.

Previously, he served as the APAC head of First Data's merchant payments business across 9 countries and based in Singapore. He has also served as General Manager of First Data's JV with ICICI in India and as the Head of Ventures, focusing on corporate development, partnerships, and M&A.

Nitish has led the start-up of two large life insurance companies- Bharti AXA Life and Aviva, as a founding leader at both JV firms. He led the establishment of the distribution platforms in Bancassurance, telecom- insurance and agency channels, led the founding partnerships with banks and corporates, and led the launch of new products. He also served as Director- Bancassurance and Partnerships at Metlife India, leading the dominant distribution channels for the company.

His early career was at Standard Chartered and Citibank in their respective consumer banking units.

See how Pine Labs can help your business.

Merchants, big and small, have moved to our market-leading platform. Here’s why