Did you know that the 2015 Glass Ceiling Index, a New York Times study on gender equality (or lack thereof) in American industries established the fact that fewer women run big companies than men named John1? In India, things are no different. As reported by The Economic Times2, “out of every 100 CEOs and managing directors of companies listed on the National Stock Exchange, only about three are women, and this has been the case since 2014,”.

It is important to note here that the revised Companies Act approved in August 2013 did make it mandatory for all listed companies and other large public limited firms to appoint at least one female director to their boards. The Zinnov-Intel India Gender Diversity Benchmark3 study released in December 2019 paints a grim picture as it reveals only 30% representation of women in corporate India, with only 11% senior women leaders and junior and middle level representation at 38% and 20% respectively.

The arrival of International Women’s Day on March 8th every year, reignites hope that things on the ground will improve. It is also a day to honor the achievements of women who have managed to shatter the glass ceiling. This year’s UN theme for women’s day is, I am Generation Equality: Realizing Women’s Rights.4


At Pine Labs, we have undertaken several initiatives recently to build a gender conscious organization. One such initiative was when we decided to name meeting rooms in our organization after some of the most incredible women from the world of science. Here’s profiling few of these leading women scientists: 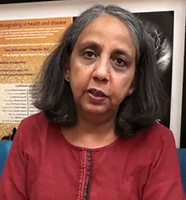 Ms. Hasan made great contributions in the field of molecular biology, genetics, neuroscience, and cell signaling. She is a Ph.D. from Cambridge and specializes in Transcriptomics, Spino-Cerebellar Ataxia, Neurodegeneration, Molecular Genetics, and Inositol Triphosphate Receptor6. 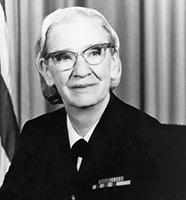 Rear Admiral Grace Hopper was a pioneering computer programmer who popularized the idea of machine-independent programming languages. She is also the first woman of any nationality to be made a Distinguished Fellow of the British Computer Society7. 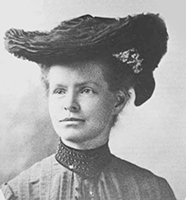 An American geneticist whose research work on chromosomal heredity is well-established through her record 38 publications.

A renowned paleontologist, Mary Anning has incredible discoveries to her credit, including plesiosaurs, ichthyosaurs, and pterosaur. 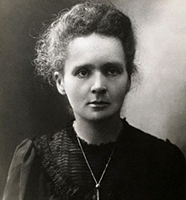 Poland-born physicist and chemist, Marie Curie was a two-time Nobel Prize winner, having won the honor first in 1903 for physics and in 1911 for chemistry.

At Pine Labs, in addition to drawing inspiration from women scientists and naming our meeting rooms after them, there are several other in-house initiatives we have taken to build a gender equality aware organization.

The formation of Winning & Excelling or the WE core group is in line with the idea of promoting Diversity and Inclusion initiatives across our offices. Some of the existing WE initiatives include Pathfinders - A Mentor/Mentee buddy program, a monthly employee-driven blog titled, “Unswayed Parablist” and the upcoming launch of our Thursday weekly fireside chats.